FICPI Turkey – Roundtable Meeting on the Similarity of Goods and Services

FICPI – TURKEY arranged its fifth roundtable meeting on how goods/services similarity concept is interpreted in the doctrine of trademark law and also by the Turkish Patent and Trademark Office (“Office”) and the Courts and how the foreign courts and trademark offices practise on this matter.

Ms. Yasemin Kenaroğlu, who is a member the Board of Directors of FICPI – TURKEY, moderated the meeting accompanied by Assoc. Prof. Dr. Ali Paslı. 24 participants were present at the meeting including some FICPI-TURKEY members. 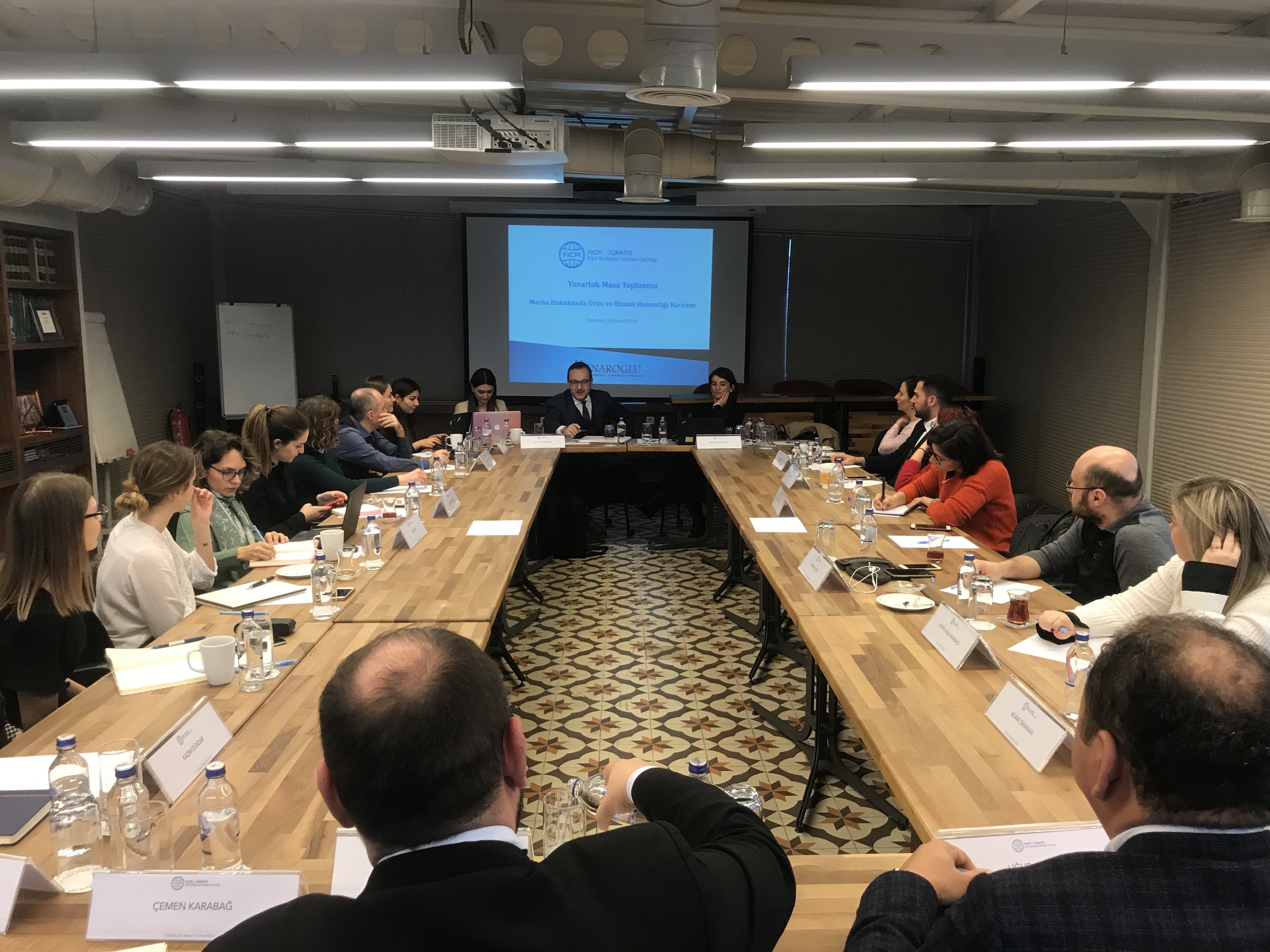 Following the opening speech made by Mr. Uğur Aktekin, the President of FICPI Turkey, Ms. Kenaroğlu stated that the Board of Directors of FICPI -TURKEY chose this subject as goods/services similarity is one of the most complicated issues for the trademark practitioners. Then she began discussions firstly mentioning how good/service similarity is regulated in the trademark law and and at this point Mr. Paslı  underlined that such regulation came into force for the first time with the Article 11/4 of the IP Code no. 6769, that previously there were decisions offering solutions based only on the classification system, that it was said ‘they are similar because they are in the same class; however that it has completely changed in recent years and that it has become law with that Article.

Later on, Mr. Paslı mentioned that the Offices use two systems to determine the similarity of goods/services, namely cross classification system and similarity engine. He stated that classes are at the forefront at the registration stage in the cross classification system and in this system specific classes are determined and there is a cross classification regarding which and between which classes and their subclasses the similarity examination will be made. He stated that the second system is the search engine, which is also used by WIPO, and when the goods/services are written in the search engine, the results show the decisions comparing those goods/services and the countries finding them similar or different. 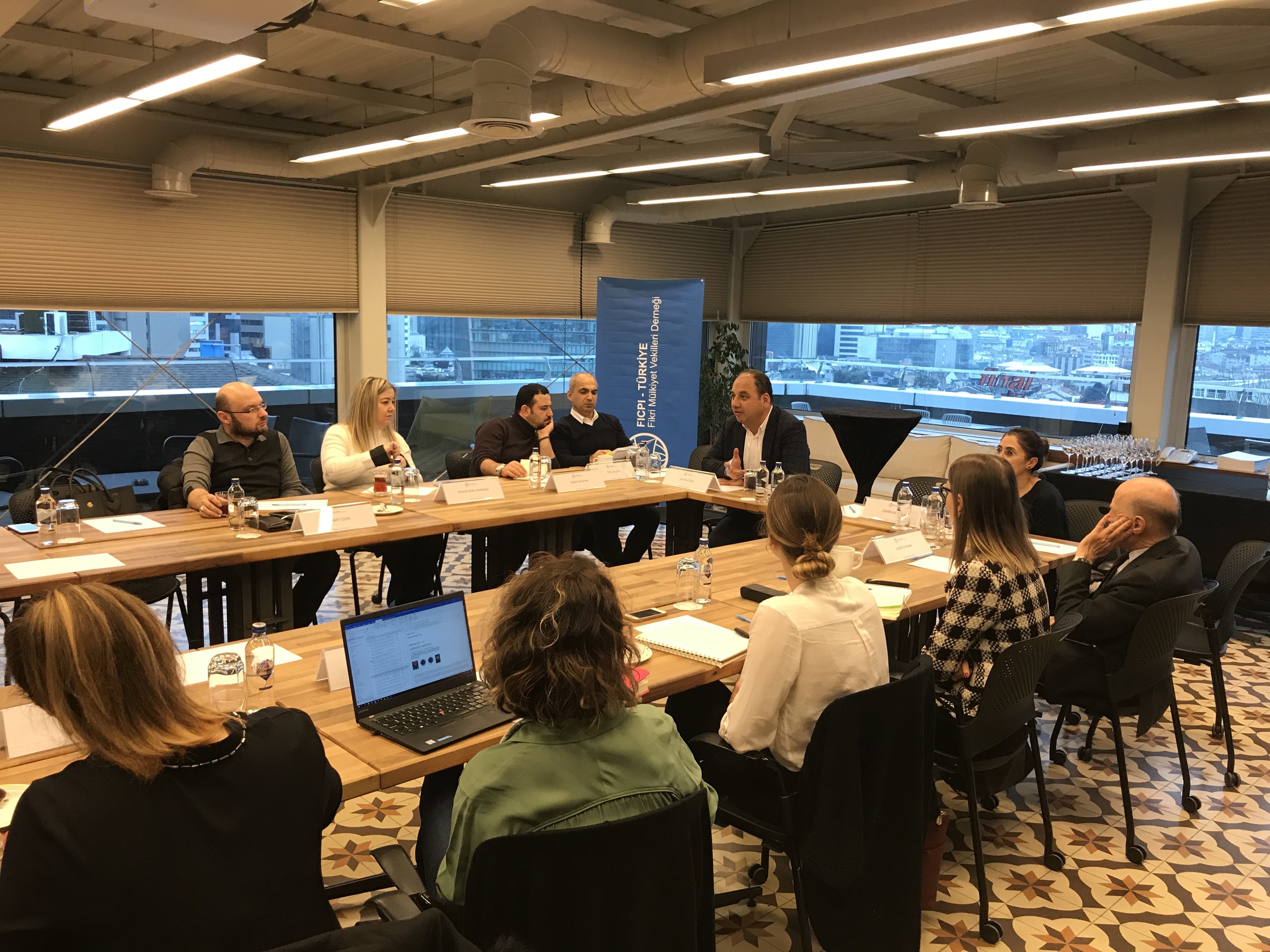 Thereafter, the factors that should play a role during the evaluation of similarity was discussed and at this point Ali Paslı emphasized that; while evaluating the similarity of goods/services the essential thing should be the likelihood of confusion, X trademark can be bought instead of Y by mistake, however nobody buys socks instead of shoes by mistake; therefore in the meaning of goods, shoe-sock or pencil-eraser might be similar, however mistaking or presuming the one instead of other cannot be the only criteria as it is in the comparison of signs. He stated that, otherwise, it can be said that there is no confusion between very similar goods and therefore the likelihood of association should be taken into consideration. At this point he stated that in judicial decisions, especially in the English judicial decisions, sales of products at the same sections, usage of the same distribution channels, the similarity of these distribution channels (fast purchase, purchase after a long thinking period) might be taken into account as a criterion. He stated that being in the same sale channel creates a product group, tooth paste and tooth brushes are sold at the same shelf, even though they have different functions, they are complementary. He indicated that it is necessary not to base on one criteria, the evaluation should be made generally, and the European Union Intellectual Property Office separated also the criteria as strong-weak, and in decisions it is expected to have 2 strong, 1 weak criteria.

Afterwards cross-sectoral transition was discussed and it was stated that nowadays one firm can sell clothes, open a restaurant, run a hotel under the same trademark and if the trademark is well-known this spectrum can be broader. However just because a well known trademark can be used on various goods/services, all these goods/services cannot be accepted as similar; if only a well-known trademark is in question, it should be evaluated whether it harms the distinctive character of the trademark, how famous it is, whether its distinctive feature is strong or not, even when it is used on irrelevant products, whether it will harm the distinctiveness of the trademark and it will make a profit out of its reputation. It was stated that it is not right to just say that these products are similar; the things that are mentioned above should be taken into consideration.

Lastly, Ali Paslı mentioned the historic development of retail services in class 35 both in Turkey and abroad. He stated that even though specified goods should be listed under the retailing services in this class, still the whole list might be written, which should be prevented by the Office. Later at that point, it was discussed that, when a firm applies for a trademark to use it in as the name of its store to sell only his own trademark, it is not accepted by the Office as the use of this service under the scope of class 35 and that a firm should sell other trademarks than its own, under his branded signboard so that the retail service can be considered under the class 35.

Most participants actively took part with their questions and discussions both during the meeting and the closing cocktail. FICPI – TURKEY has started the traditional roundtable meetings for this year with this hot subject and received good feedbacks from the participants. FICPI – TURKEY will continue arranging its roundtable meetings on various subjects regarding trademarks and patents also this year.