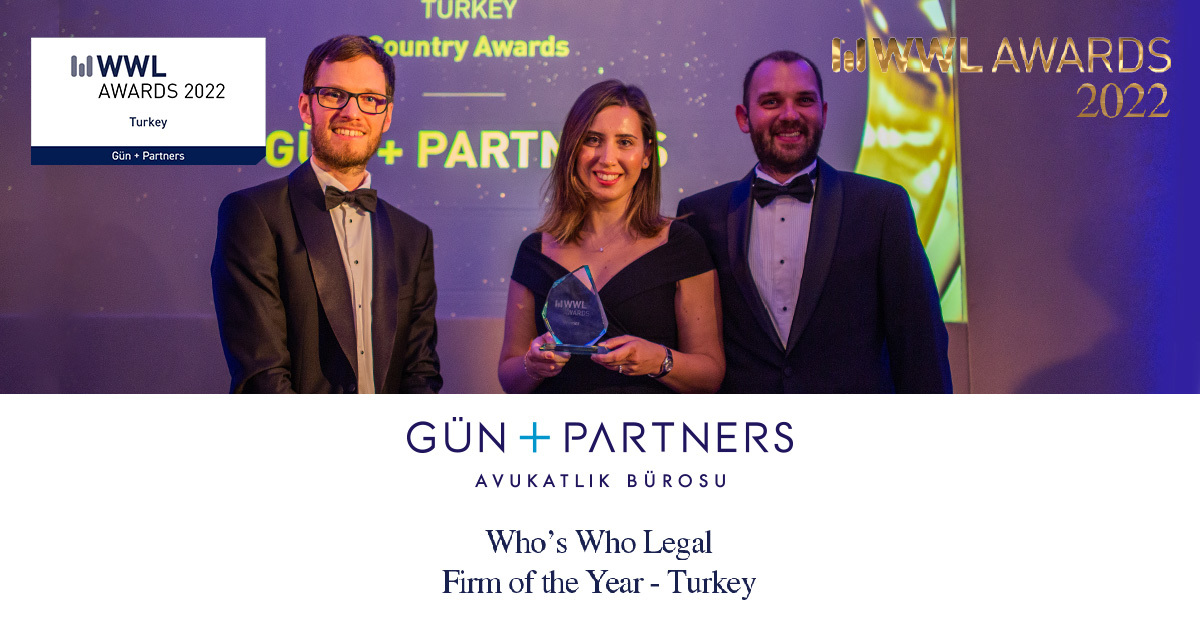 We are honoured our firm has been awarded as "Firm of the Year - Turkey” for the for the sixth year in a row by Who’s Who Legal.

The winners were selected on a range of factors, including feedback received from clients and peers in the research process, breadth and depth of practice area and geographical capability and the number and proportion of individuals selected as WWL Thought Leaders.

The award ceremony attended by more than 200 guests from more than 40 practice areas in 75 countries, including representatives of the world's leading law firms and consultancy firms, was held at Plaisterers' Hall in London. Our partners Beril Yayla Sapan and Görkem Bilgin represented our firm at the ceremony.

Who’s Who Legal lists only the leading practitioners in each field, based exclusively on the findings of an independent and in-depth research process that encompasses feedback from private practitioners, clients and other experts in the sector. It is impossible to buy entry into the reports, and only the practitioners who score most highly according to our independent international research criteria are listed.

Who’s Who Legal is published by Law Business Research, which is an independent London-based publishing group, which provides research, analysis and reports on the international legal services marketplace.