Does the Use of a Trademark on a Book Cover Qualify As Infringement?

In a recently published decision (No 2020/406 E, 2020/4212 K, 19 October 2020), the Court of Cassation(11 Chamber) has considered that the use of a trademark on a book cover was a legitimate use.
Background
The case was originally led before the Bakırköy Second IP Court. The complainants - Dünya Süper Veb Ofset Anonim Şirketi, the owner of the Dünya newspaper, and Mr Nezih Demirkent, the newspaper’s founder - alleged that the defendants infringed the trademark depicted below (No 1998/004964), which covers “newspapers, magazines, books” in Class 16, as well as the personal rights of Mr Demirkent.

The defendants used the trademark and Mr Demirkent’s name on the cover of a book entitled Benim Dünyam (depicted below), which was the subject of trademark and personal rights infringement claims. 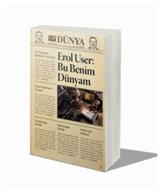 The complainants also requested compensation from the publisher as the party that produced the books. The defendants - ie, the author and the publisher - argued that the book consisted of articles that the author had written for, and were published by, said newspaper; the cover underlined this fact and they had no intention of gaining commercial benet from this use.

Decisions
The rst-instance court dismissed the action, determining that the book cover helped to visually interpret the content of the book and that such use could not be considered as “use of a trademark”. In addition, even though the complainants had made no unfair competition allegations, the court also conducted an examination in terms of unfair competition based on the Copyright Code and the Commercial Code, and decided that there had been no “act against goodwill”. The Regional Court of Appeals decided to remove the rst-instance decision since the rst-instance court had reviewed arguments that were not presented during the proceedings before it. Therefore, the Court of Appeals decided to dismiss the action based on a lack of trademark infringement, since the use of the trademark on the book cover could not be considered as use of a trademark. The Court of Appeals noted that the complainants’ claims for infringement and compensation were based on the Trademark Decree Law only, and there had been no request to examine any unfair competition acts arising under copyright or commercial law. Therefore, the court removed these determinations from the decision, while again deciding to dismiss the action. This was later approved by the Court of Cassation.

Comment
The decision is worth analysing both in terms of trademark law and unfair competition under the Copyright Code and Commercial Code. While it is debatable whether the use of a trademark as a book name qualies as “trademark use”, it is generally not considered as “use of a trademark” since book titles are considered as source identiers. However, use of the exact same logo and of the name of the newspaper’s founder should have led to a nding of unfair competition under the relevant provisions of the Copyright Code and Commercial Code, as the author’s arguments for using them might not be considered as a legitimate ground per se. Nevertheless, the fact that the complainants failed to raise unfair competition claims seems to have favoured the defendants; this shows the crucial importance of ling trademark infringement and unfair competition claims cumulatively, where possible.