First Preliminary Injunction Issued by a Court in Turkey Regarding NFTs

Few issues in the world of intangible rights contain as many legal uncertainties as do non-fungible tokens. Kat friends Mutlu Yıldırım Köse and Havva Yıldız discuss a recent decision rendered in Turkey, representing the first foray by a Turkish court into these murky legal waters.
Non-Fungible Tokens (NFTs), ranging from art and literature to fashion and cinema, remain among the hottest legal topics in the world of intangible rights, despite the lack of clear legal regulation. By NFT, we mean a digital token that cannot be exchanged or replaced and may represent a tangible object in the real world. Notably, the High Court of the United Kingdom ruled in the Osbourne case that NFTs are “property" that should be granted legal protection and can be the subject of a preliminary injunction.
For the first time, a court in Turkey has tackled the issue of NFT's, and the result is worthy of attention. Thus, on June 21, 2022, the Istanbul Third Civil Intellectual Property Court (“IP Court”) issued a preliminary injunction regarding NFTs. The subject of the dispute pertained to exploitation of the portrait of the late Cem Karaca, who was an artist, songwriter and composer with a legendary reputation in the world of Anatolian rock music.
In the case brought before the IP Court by Cem Karaca’s heir, in requesting a preliminary injunction, claimed that the portrait of Cem Karaca was unlawfully used both in physical and in NFT form. In particular, in unlawfully communicating to the public, exhibiting online on various social media accounts, and listing and offering for sale on the globally-known marketplace OpeanSea, there was infringement of Article 86[1] of Law on Intellectual and Artistic Works numbered 5846 (“LIAW”), which grants legal protection to pictures and portraits, as well as violation of Article 24[2] of Turkish Civil Code (“TCC”) numbered 4721, which that regulates rights of personality.

Against this backdrop, the plaintiffs requested the court, inter alia to make a so-called determination of evidence under Turkish practice regarding alleged unauthorized use depicting Cem Karaca’s look. On that basis, they also requested to block access to the websites showing infringing content and to issue a preliminary injunction to cease sale of the relevant portrait in NFT format on the “OpenSea” NFT marketplace.

Intellectual property proceedings in Turkey rely heavily on the report of an expert(s) appointed by the court to provide an assessment on relevant aspects of the dispute. Here, the Court appointed an expert to provide a report regarding the use of the portrait and its communication to the public. The expert's report identified such uses together with the opinion that portraying and offering for sale Cem Karaca’s look as an NFT for commercial purposes constitute infringement within the scope of Article 86 of LAIW and Article 24 of TCC. 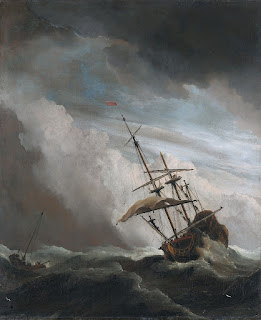 Having regard to the expert opinion, the court accepted the request for a preliminary injunction, ordering that access to those platforms where such portrait is exploited in an unauthorized manner be blocked, and the sale of “Cem Karaca” portrait in NFT format on the platform of Opeansea be prohibited. Access to the relevant infringing websites in Turkey has been blocked through the Access Providers Union in order to secure the execution of the court order. The trial phase of the dispute is still pending before the IP court.

This decision is significant as being the first court judgment in Turkey related to NFTs and recognizing that NFTs can be subject to a preliminary injunction. The court did not elaborate on the technical features of the NFTs, nor did it comment on the legal definition of same in rendering its decision. Still, it is noteworthy that the court took existing legal provisions into consideration in determining infringing use, concluding that NFTs are a “format” for purposes of infringement.

Nevertheless, it remains to be seen whether such a preliminary injunction, preventing sales of NFT items on the Opensea platform, can be enforced against this party considering that the jurisdiction for enforceability of the decision is Turkey. However, Opensea is neither located nor registered in the jurisdiction.

Even so, this decision can be viewed as a positive step in favor of right owners. True, this decision treats NFTs as a “format” in terms of infringement issues, and it did not elaborate on the technical features of NFTs. Still, it did recognize that there is no legal barrier that precludes an owner of intellectual property rights from enforcing its rights against unauthorized use of NFTs in Turkey, even in an environment that lacks an explicit legal framework for addressing such issues and the legal uncertainties that this entails.

Picture in middle is entited "A ship in need in a raging storm, by Willem van de Velde II, and is in the public domain.