In a recent decision that challenged long-standing precedents, the Court of Cassation has concluded that the Turkish Patent and Trademark Office (“Office”) has no authority to create and maintain a registry for recording well-known trademarks.

In addition, the Court of Cassation also accepted in its earlier decisions that trademark owners have legal interest in filing court actions for a determination that their trademarks are well-known because this provides broader protection from potential infringement, and discourages applications that would cause confusion and take unfair advantage of the reputation of well-known trademarks. However, with this recent decision, it is accepted that there is no legal interest in filing a court action to cancel the Office’s decision with regard to the recording of a well-known trademark, as the Office is not authorised to maintain such a register.

While the reasoning that well-known statuses should be examined on a case-by-case basis is entirely correct, the Office’s record of well-known trademarks is not binding for the courts in practice, and trademark owners arguing that their trademark is well-known are required to prove their arguments. On the other hand, the regulations did not change, in essence, following the precedents set by the Court of Cassation from 2004, and a fairly established practice has now been developed and implemented over the last 16 years. 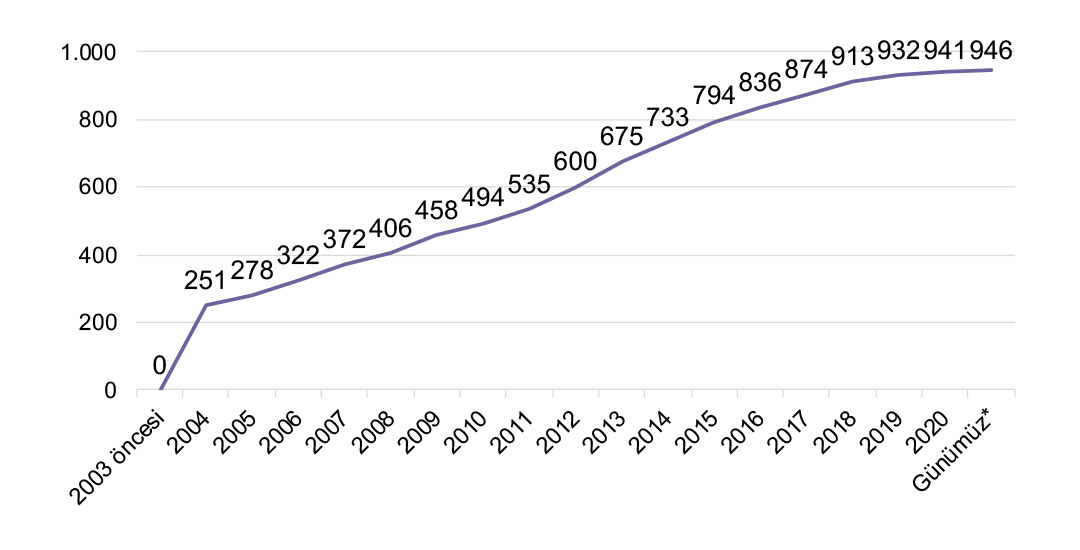 * As of 13 January 2021, 107 well-known trademark applications are pending before the Office.