Supervisory Power of the Court of Cassation

Before the establishment of regional courts of appeal, the Court of Cassation (“CoC”), the highest court of the Turkish judicial system, used its judicial power as a review of expediency by examining the merits of the case, as required by the binary justice system. In the new period following 2016, when the regional courts of appeal began to operate, the primary duty assigned to the CoC is to act as a court of precedents.Even though the regional courts of appeal started to operate in 2016, the leading motive underlying the enactment of Law No. 5235 on Establishment, Competences and Duties of the First Instance Courts and the Regional Courts of Appeal in 2004 was actually a transition from a binary to a triple justice system and served the purpose of ensuring that the CoC acts as a court of precedents. This purpose is worded as follows, “Decisions taken by the first instance courts shall be examined by regional courts of appeal for substantiation and compliance with laws, and by the Court of Cassation solely to comply with laws. The Court of Cassation should retain its function as a court of precedents.”

During 2018-2019, particularly in various reversing decisions rendered by the 11th Civil Chamber of the CoC in disputes related to trademark law, we have seen that it acted like inferior courts and examined cases and passed judgments in a manner at odds with its position as a supreme court or a court of precedents.

Within this context, we observed in many disputes between 2018-2019, that the Chamber has carried out its own assessment in numerous cases on matters related to the merits of the case, such as the similarity of trademarks, the similarity of goods/services, relevant consumer group, the well-known status of trademarks, unfairly taking advantage from a well-known status of an earlier trademark and damaging distinctive character and reputation of the same, registration of a trademark in bad faith, the capability of trademarks for registration; by ignoring the findings in the expert reports, obtained from expert panels as well as the initial assessments made by the first instance courts and regional courts of appeal.

However, as of the end of 2019, the Chamber issued remarkable decisions, where it acted as a court of precedents, showed the approach expected from it, and held decisions that guide the inferior courts to apply the law correctly.

For example, in a decision dated 16.12.2019 related to a case of declaration and prevention of trademark infringement and unfair competition carried out through the website, the 11th Civil Chamber set aside the decision of the Court of First Instance in which the latter decided to dismiss the case on the grounds that the decision of whether or not the relevant content constitutes trademark infringement requires a separate judicial evaluation; by evaluating that in order to be able to mention of the liability of compensation against hosting providers who are not content providers, it is required that they should know that the content they provide hosting service for is against the law, and for this, they should be warned in advance by the right holders and the right holders are required to demonstrate their paramount rights with sufficient evidence to fulfill the burden of plausible proof, but in the present case, since there is an allegation that the defendant has not removed the relevant content despite the warning of the plaintiff, the file shall be sent to the Court of First Instance for the retrial of its decision held with insufficient examination and incorrect grounds and for the evaluation of the defendant’s responsibility in the subject of whether or not the content itself constitutes trademark infringement and unfair competition.

In another decision dated 03.03.2021 in a case regarding the invalidity of the trademark and the request of non-pecuniary damage, the 11th Civil Chamber determined that a major part of the evidence submitted to the file about the well-known status of the trademark relied upon in the case is after the protection date of the trademarks subject to the invalidation request. The Chamber decided to set aside the decision on the grounds of the incomplete evaluations on whether or not the well-known status obtained subsequently to the protection date can constitute a ground for the invalidity of the latter trademarks if the conditions in the relevant rule of law would be met, and if those conditions would occur, how they would occur and returned the file to the inferior courts for a retrial.

As can be seen in both of its decisions, the CoC correctly determined which aspects of the proceedings performed by the inferior courts were incorrect or incomplete and held decisions of reversal by simply guiding them in the right way, without replacing itself with the inferior courts, and without forming the decision on their behalf or dictating it to them. 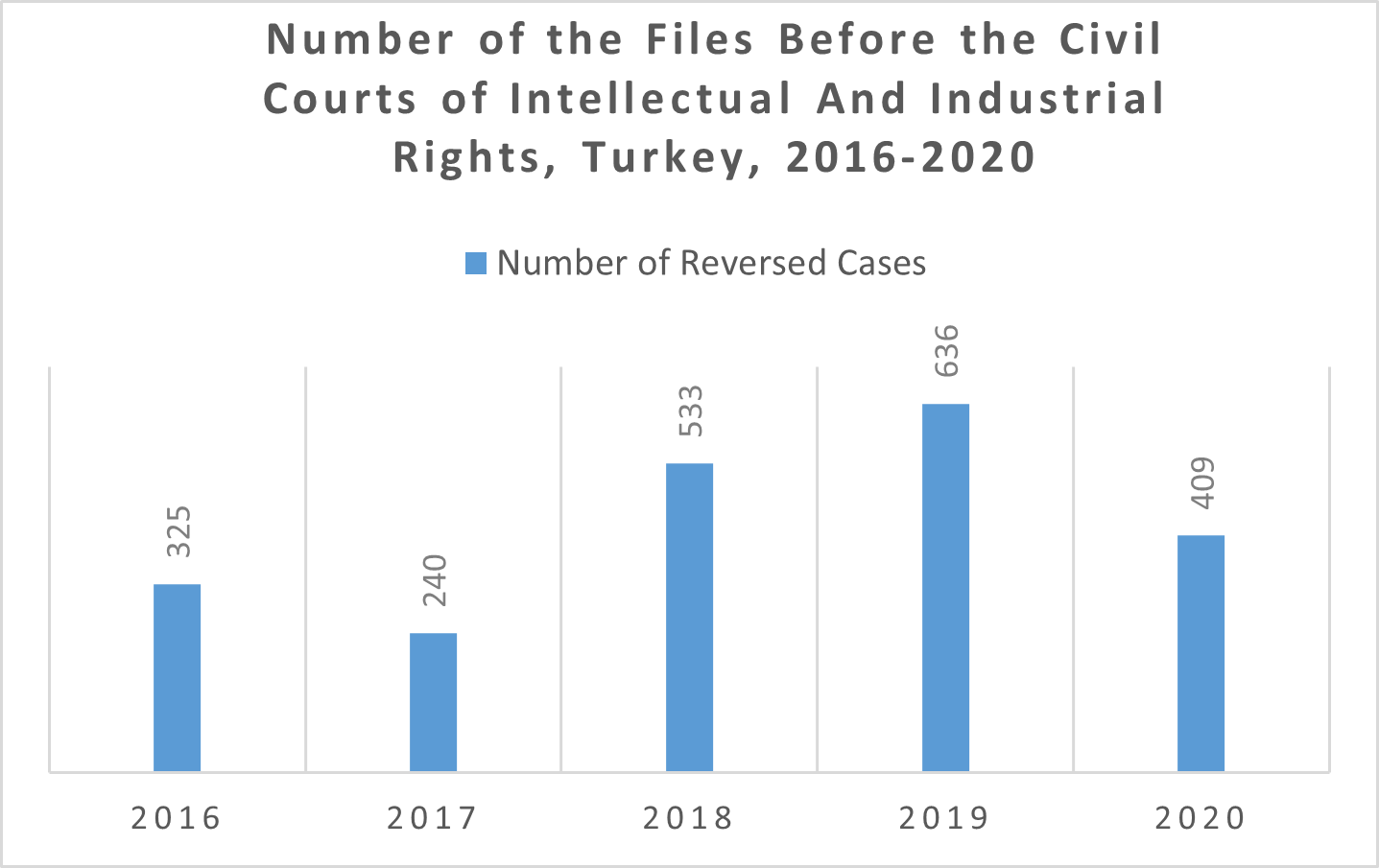 However, as required by the relevant regulations and intended purpose of the system, the CoC’s appellate examination shall be limited to a legality examination and, in our opinion, technical aspects, such as the assessment of whether the involving parties’ trademarks are similar, the trademark subject to a case is well-known, and whether the goods and services covered by the subject matter trademarks are similar shall legally fall outside the scope of the authority granted to the CoC and examination of legality.

Since the legal resources required for passing a judgment at the appeal stage are provided to regional courts of appeal according to the current triple justice system, while regional courts of appeal may conduct an examination on the merits of the case and pass judgment, the appeal stage before the CoC is devoid of such capability, from our point of view. Indeed, as widely accepted in the doctrine, we agree with the general opinion that the decisions rendered by inferior courts about a dispute shall be examined at the appeal stage, solely in respect of its compliance with the law, and a reversing decision may not be passed by substituting inferior courts, performing an examination on their behalf, and ruling out the discretionary power vested in specialised courts.

If the legitimacy examination will also be interpreted to mean examination on the merits, in other words, if the CoC will focus on the facts within the context of the examination of legitimacy, and believes that an erroneous decision has been passed with respect to the merits of the case, then it is our opinion that the CoC should render a reversal decision that would reveal, to a certain extent, which rule of law has been improperly implemented, how inferior courts have implemented it, and how such the rule of law should have been implemented, without ruling out the discretionary power granted to judges. In both decisions mentioned above, the CoC has emphasised its nature of being a court of precedents by referring to its settled precedents.

We opine that in cases where the CoC examines concerning the merits of the case, in a manner exceeding the scope of a legitimacy examination, the long years of examination and assessment made by the judges of inferior courts, who have examined the involving parties’ petitions, collected evidence, heard the parties, conducted the investigations, made the necessary technical and legal evaluation, and reached a conclusion based on their area of specialisation, would become vain and empty. Also, the CoC’s workload would not be reduced as intended by the transition into the triple justice system, but to the contrary, it would increase, and the duties of the CoC as a court of precedents would be impeded once again. However, the recent decisions directing the proper application of the settled precedents show that the CoC has re-emphasised and reinforced its position as a court of precedents, and we believe that these decisions will improve our legal system.